In March of 2022, two members of the Landscape of Hope team — Jessie Beier and Owen Chapman — joined forces with the incredible folks at BAM (Bennett-Argyll-Metro), an alternative education program in Edmonton, Alberta, to host a workshop for youth centred on learning to listen differently. 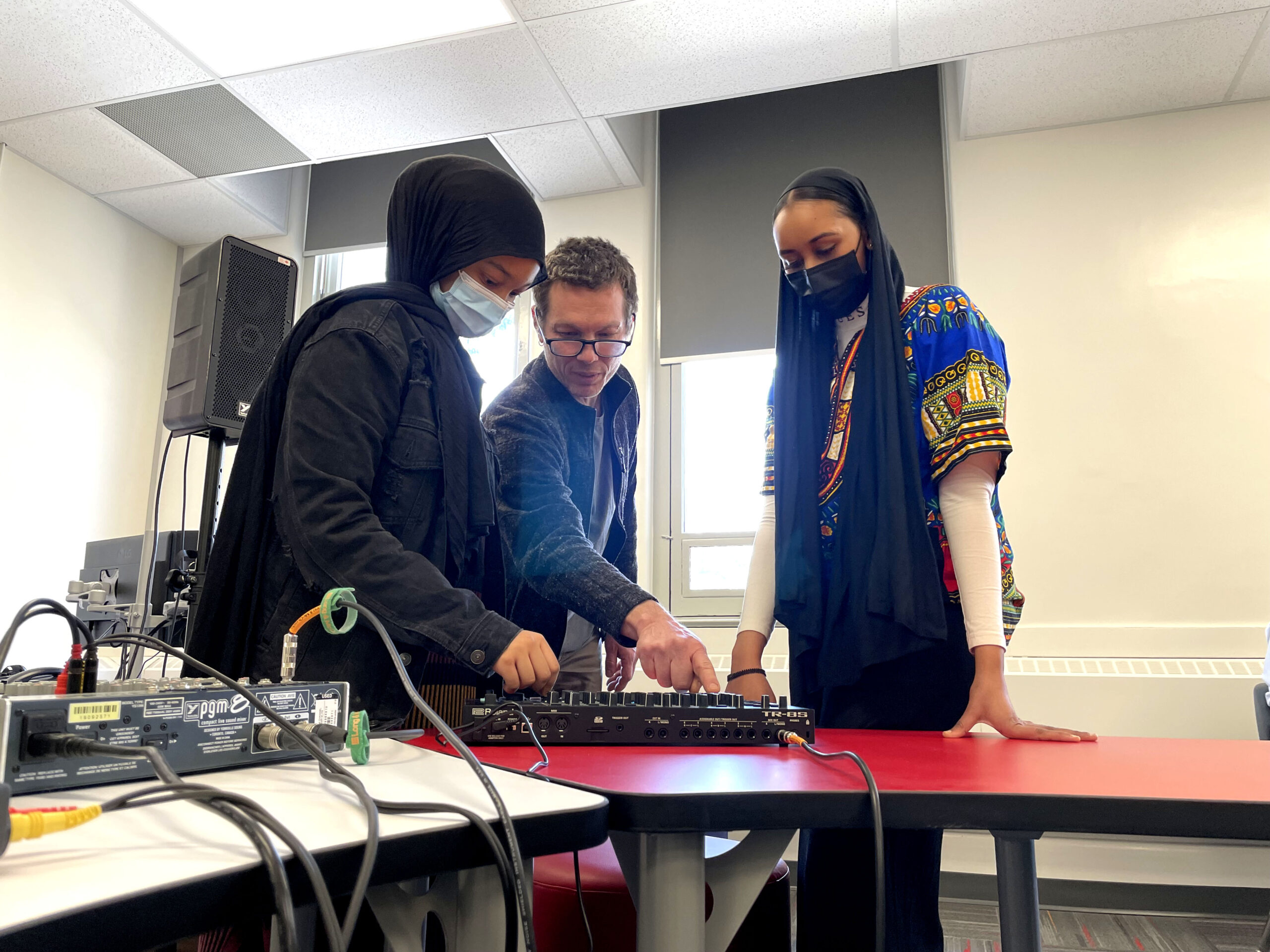 Youth (aged 15-17) involved in the workshop came together from high schools across the Edmonton Public School district to discuss a range of topics related to contemporary issues in their schools, asking questions such as how to actively create anti-racist schools and how to incorporate Indigenous ways of knowing into current spaces so as to confront and resist colonial epistemological frameworks. These questions were explored through discussion but also through collaborative creation. Prompted by the question “what does hope sound like?,” Jessie and Owen worked with over 200 youth over two days to create sound maps, make collaborative beats and sounds, and record responses to the above question in order to create an impromptu, collective DJ mix. 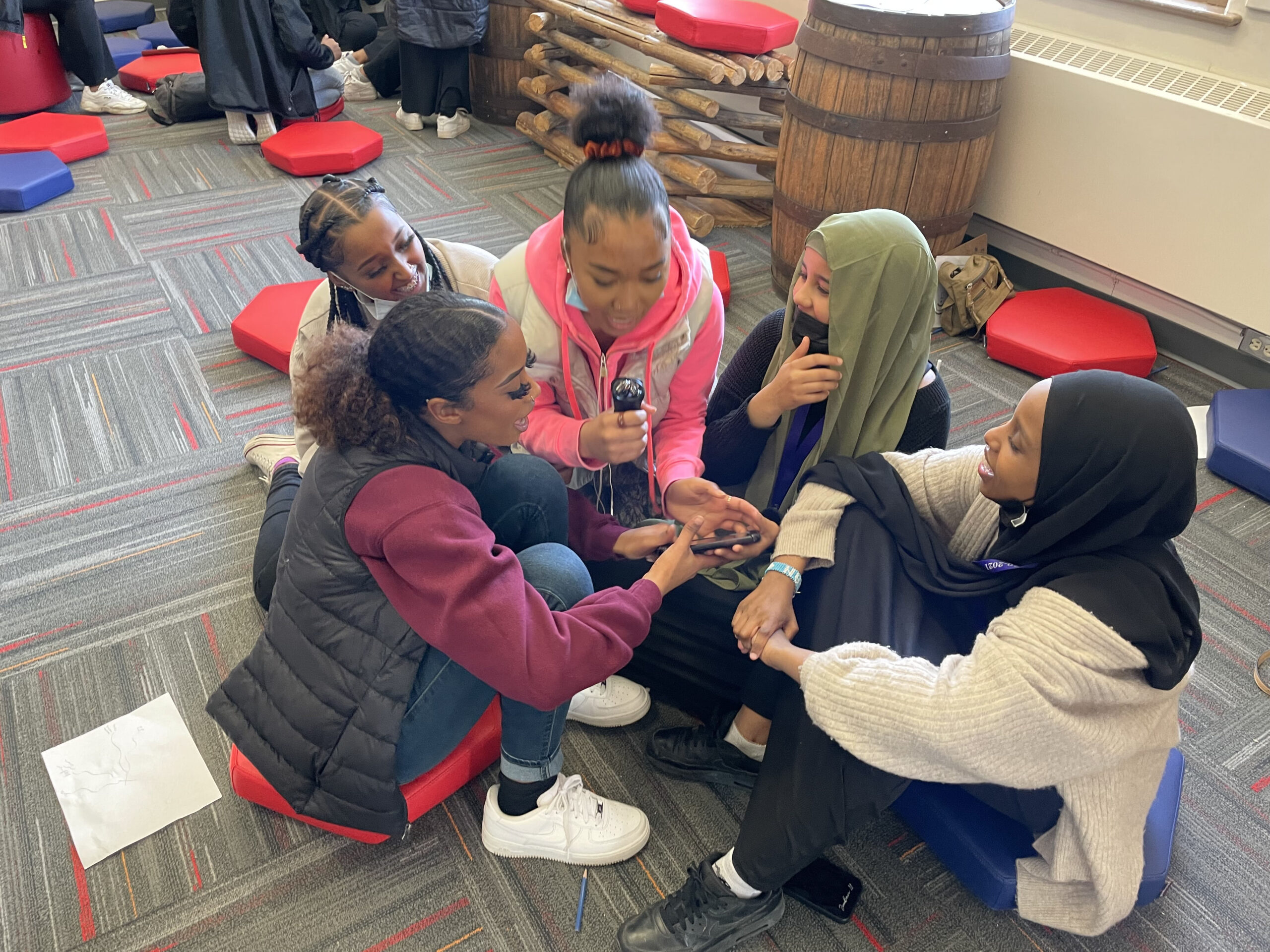 This collaboration between BAM and LOH was built upon the pedagogical work that Jessie has been doing with administrators, teachers and students in Edmonton, where they have been working together to experiment with alternative educational programming that places student voice at the centre of not only daily classroom instruction, but decision-making at the system-wide level. These sound workshops have set the stage for future collaborations, where Jessie and Owen will continue to work with students to create performances, installations and other creative expressions aimed at positioning students as artist-researchers whose own questions, curiosities and investigations will impact the broader Landscape of Hope project.