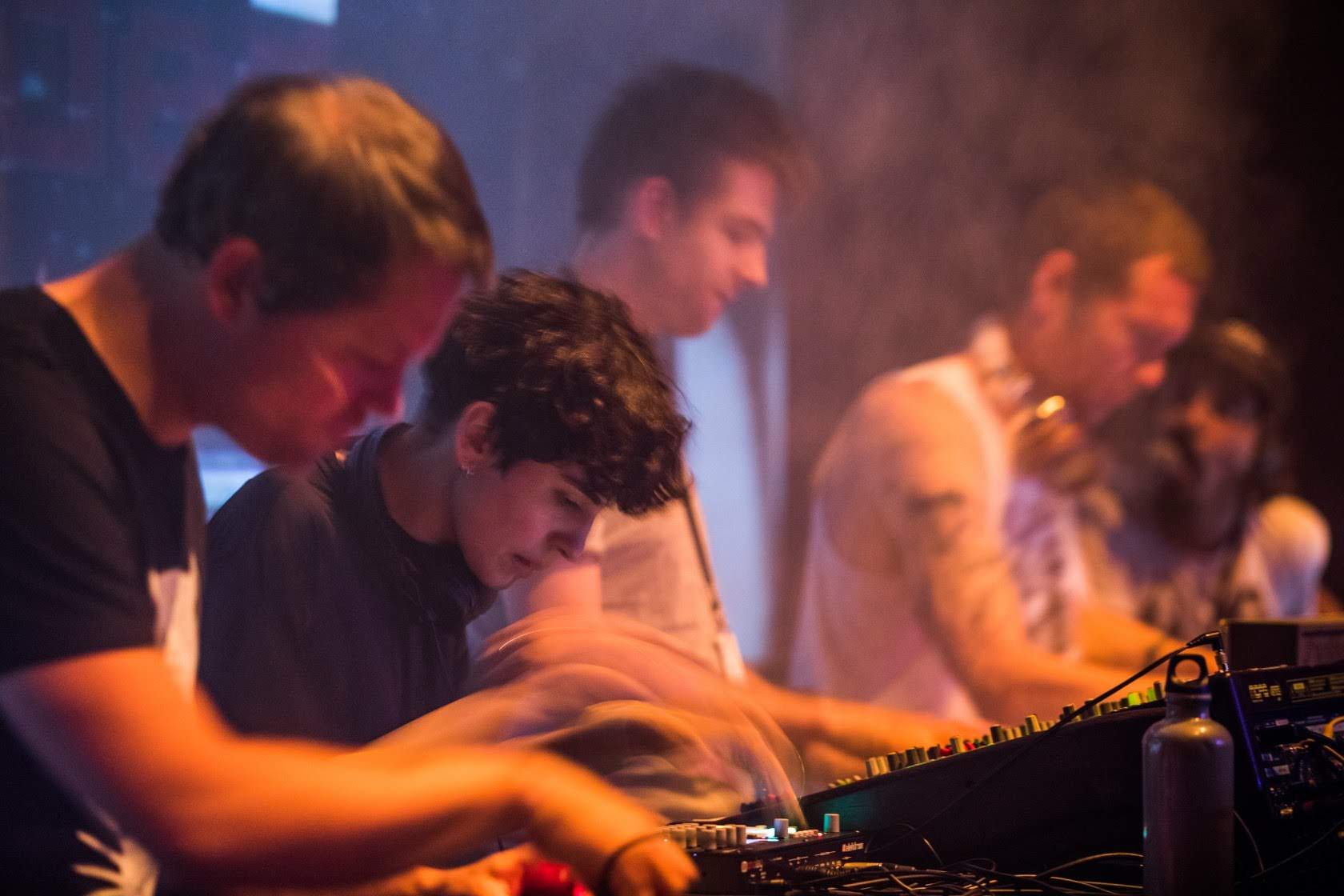 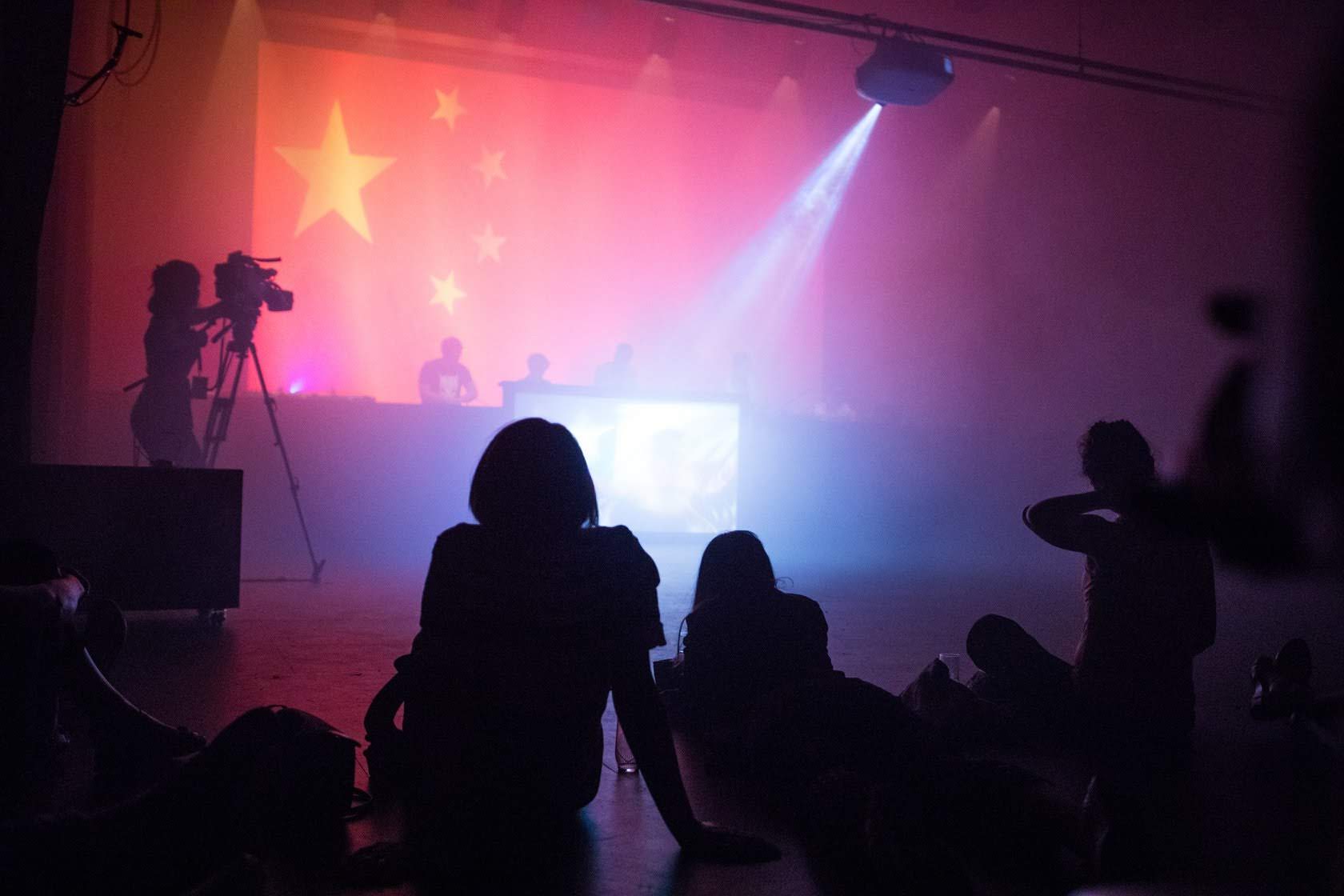 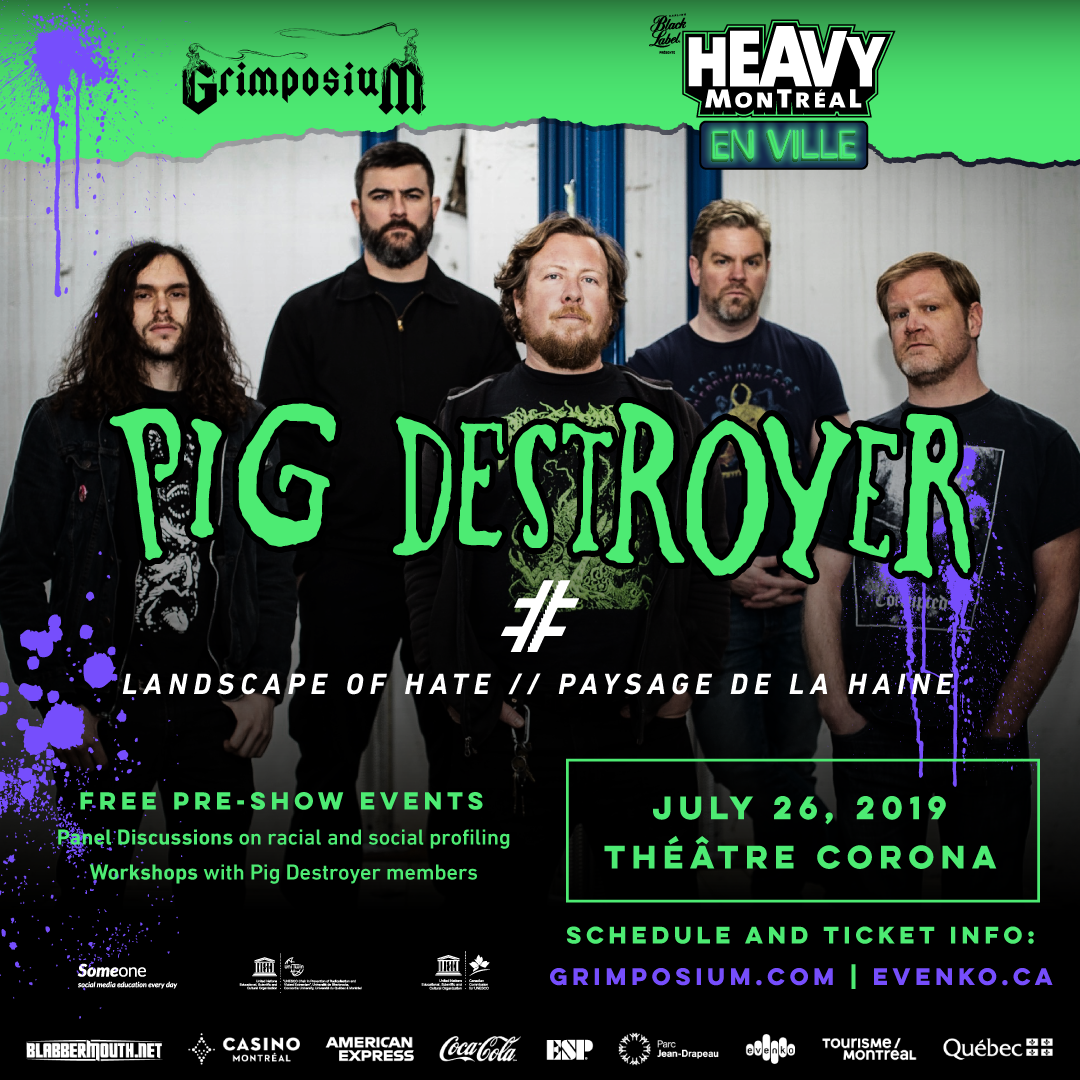 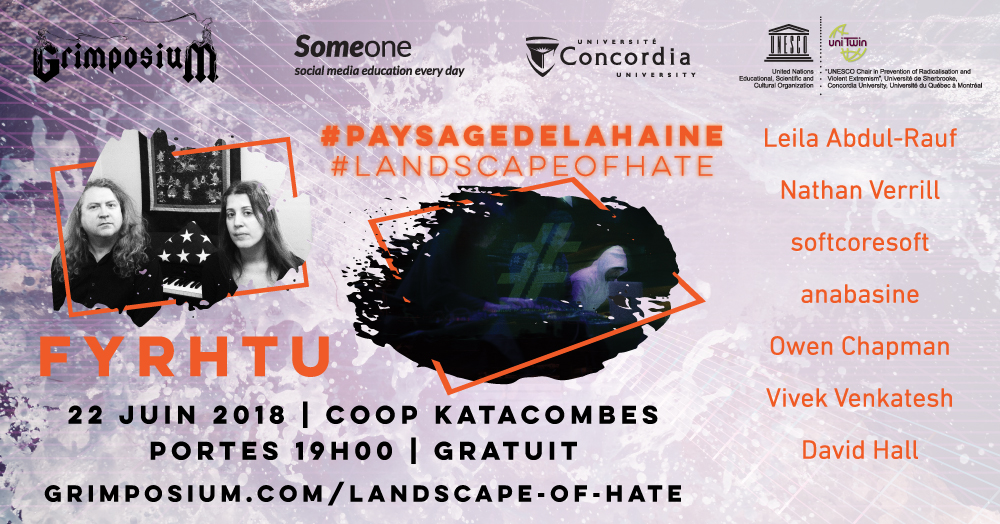 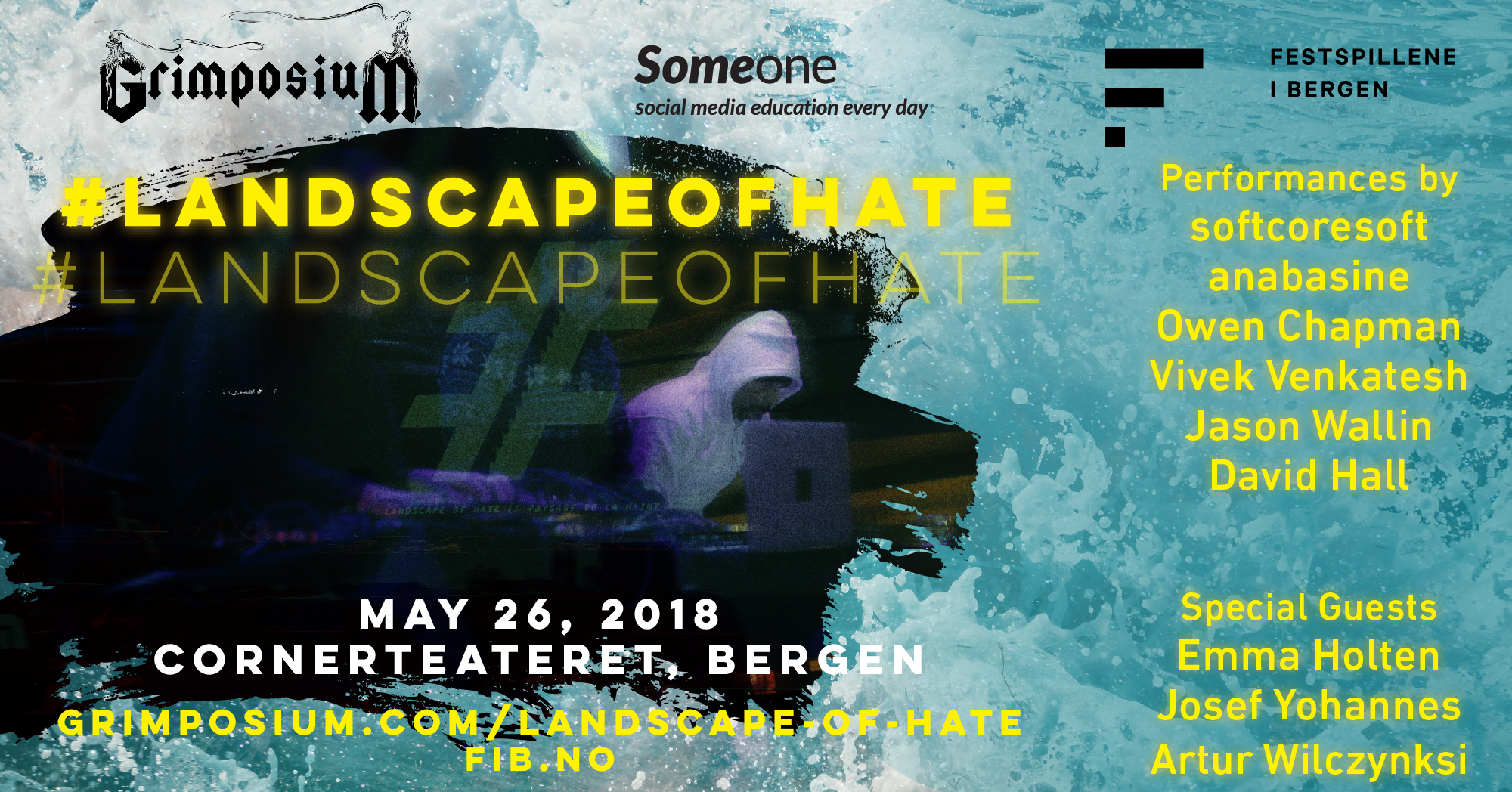 Landscape of Hate is an improvised multimedia project with the objective of promoting and favouring the public voice in framing pluralistic dialogues about how we negotiate various forms of hate in our society. Our events typically consist of a combination of panel discussions, debates, art expositions and performances.  Landscape of Hate performances include a combination of original compositions of electronic music, audio samples, social media feeds, soundscapes and video projections. The lyrical materials are derived from data collected from the  Internet, research interviews and other public sources. Each performance is unique. Landscape of Hate played its debut show on May 9, 2017. A second concert was held on September 15, 2017 in Québec City. The third concert was held on May 26, 2018 in Bergen, Norway. On June 22 we held a performance in Montreal at COOP Katacombes as part of the Concordia University Interdisciplinary Summer Institute.  Landscape of Hate then performed on October 12, 2018 as part of the annual conference of Associate of Internet Researchers  in Montreal at O Patro Vys. Most recently Landscape of Hate performed at the Corona Theatre on 26 July with US grindcore band, Pig Destroyer.

Landscape of Hate has been created as part of the Grimposium festival and conference series and the SOMEONE (Social Media Education Every Day) initiative. The project is funded by grants to Vivek Venkatesh’s multi-disciplinary research and practitioner team. 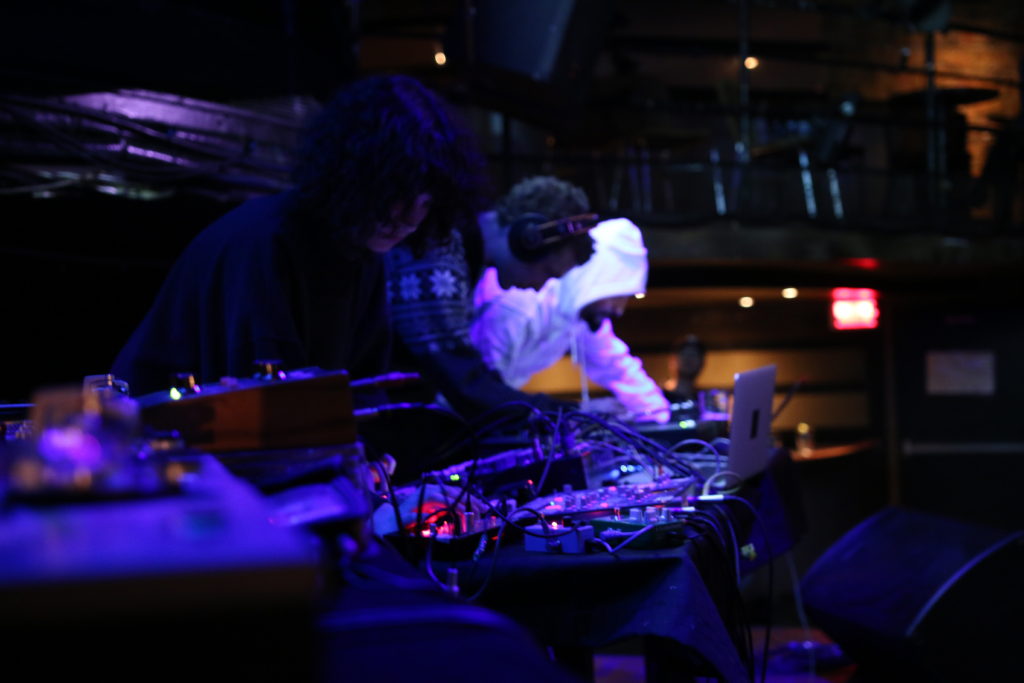 Vivek Venkatesh and Owen Chapman  are the creators and curators of Landscape of Hate. Vivek is responsible for the live vocals and improvised noise electronics. Vivek and Owen also source the social media and pre-recorded public voices and nature-based soundscapes using the custom-made Plural mobile application. Vivek is an Associate Professor of Art Education at Concordia University, and UNESCO co-Chair for Prevention of Radicalisation and Violent Extremism. Owen is an Associate Professor of Sound Production and Scholarship at Concordia University.

Vivek Venkatesh, Owen Chapman, Jason Wallin, anabasine and Leticia Trandafir (aka softcoresoft), and Annabelle Brault compose original music, deejay and improvise soundscape materials during Landscape of Hate performances. Jason is an Associate Professor of Media and Youth Culture in Curriculum at University of Alberta. Leticia is a deejay, music maker and scholar of media studies. anabasine is a deejay, producer and composer. Annabelle is a music therapy Lecturer in the Creative Arts Therapies Department at Concordia University.

David Hall creates the logos, branding and the visual representations to accompany the music of Landscape of Hate. David, Martin Lalonde and Jessie Beier improvise visuals based on the content of the public materials being used in each Landscape of Hate performance. David is an accomplished filmmaker with over two decades of experience; he is also the director of the critically acclaimed concert documentary Blekkmetal. Martin is a visual artist, academic and youth educator. Jessie is an academic, teacher, artist and writer.

In this video, Vivek Venkatesh and Owen Chapman explain Landscape of Hate.

Performances
Full performance from the 26 July 2019 Landscape of Hate show.

Here is a video of the panel from 26 July.

Video of Bergen panel was produced by Festspillene i Bergen. 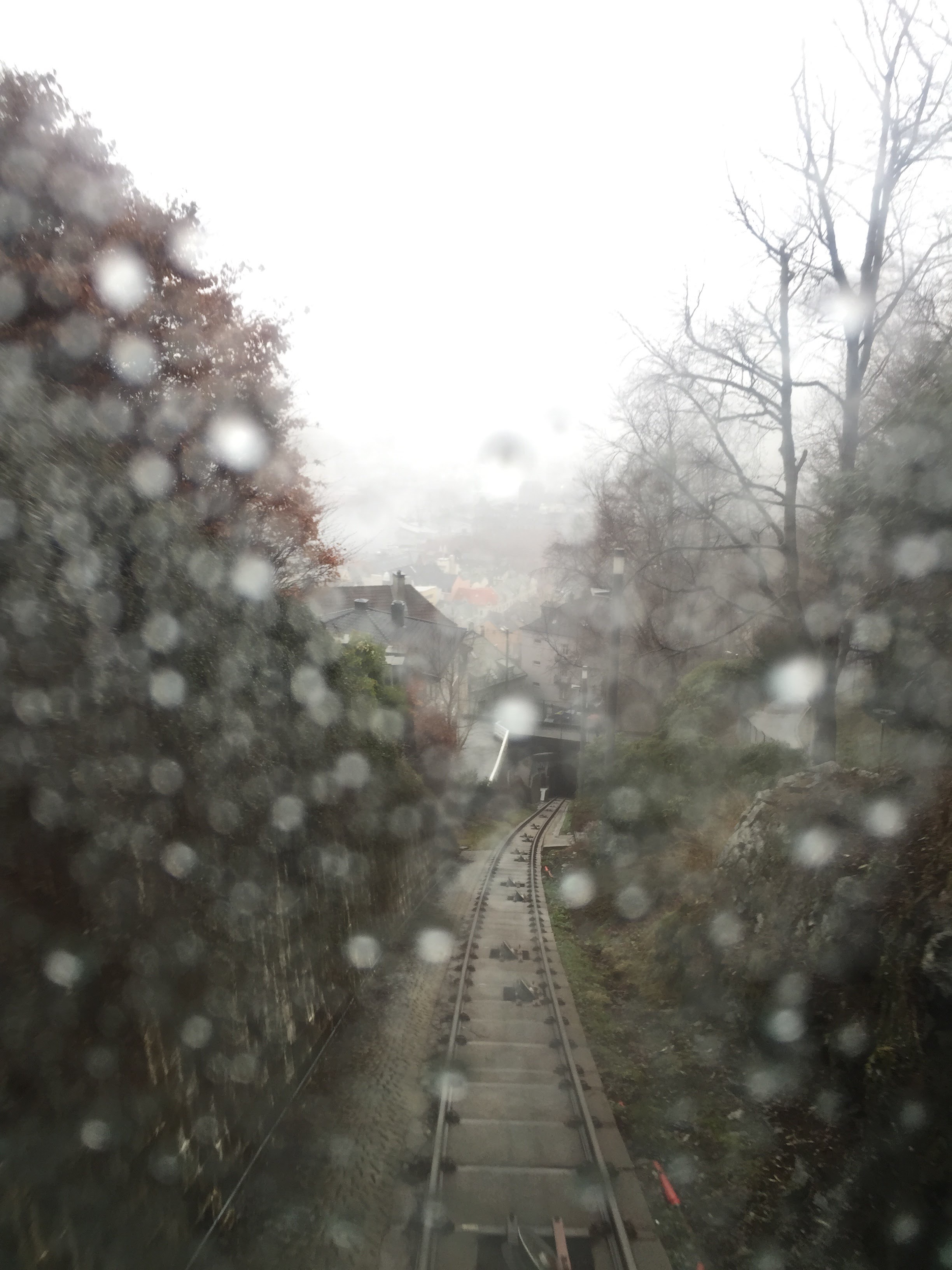 Released September 13, 2019, and co-produced by Vivek Venkatesh, Owen Chapman and Danji Buck-Moore, Landscape of Hate, recorded the Blekkmetal soundtrack over a four-day period this past June. You can listen to the album on Bandcamp, Spotify, Tidal or Apple Music. For more information see here.