Below is a collection of podcasts, articles, and video recordings of public engagement activities such as talks, interviews, improvised readings and panel sessions curated by Vivek Venkatesh and the Grimposium team.
Deciphering Norms of Media Consumption in Extreme Metal – a podcast series

This new four-episode podcast series brings thought-provoking, contemporary topics to the table. Be it reappropriating Runes, warning against the perils of media censorship, distinguishing between provocative art and hateful discourse, and giving voice to the experiences of women in the music industry, no topic proves too challenging for Vivek Venkatesh and his co-host, Michelle Ayoub. Produced by Aaron Lakoff and Kathryn Urbaniak, each episode runs at about 30 minutes long and also has original music by Leticia Trandafir.

September 2017
Filmed at NordiQC in Quebec City this panel session is with executive producers of the Enslaved 25 biopic.

A second panel was conducted by Vivek Venkatesh with Ivar Bjornson, Janickke Wiese-Hansen and Kirsti Rosseland.

Vivek Venkatesh spoke at PINC (Psychoanalytic Institute of Northern California) in February as part of Grimposium’s Desiring Deadness: Psychosocial Necrophilia in Accelerated times. This conversation took up the concept of necrophilia as both a potentially creative and yet often destructive phenomena that bears on psychical, cultural, and political processes in overdetermined ways. Concordia University professor, filmmaker, and founder of Grimposium, Vivek Venkatesh, PhD discussed his work on the critical and reflexive rejuvenation of extreme metal music through a socio-anthropological and cultural analysis of necrophilia, blasphemy and solipsistic individuality.

Psychoanalytic psychotherapist, visual artist, and death metal vocalist, Daniel Butler, MA turned to the concept of psychosocial necrophilia and offered both clinical and cultural material for illustration (not shown). Also, discussant Stephen Hartman, PhD located these presentations at the nexus of psychic and social forces that paradoxically present opportunities to elaborate aliveness with deadness, subjectivity via depersonalization, and dis/embodied relatedness (not shown).  Moderator, composer, lyricist, musician and PINC Administrative Assistant, Leila Abdul-Rauf, MS introduced the symposium discussion in light of her unique experience as a veteran of several Grimposium events.

A podcast of the interviews is below.

In this talk, Vivek Venkatesh speaks about the development of an interdisciplinary research program that looks at socio-communal, political and psychological factors impacting the production and dissemination of hate speech in the global extreme metal music scene. Drawing on examples from field observations, interviews, and multi-method content analyses from multiple sources of data, Vivek describes how themes of darkness, destruction, self-harm, xenophobia and dystopia blur consumption-related boundaries between musicians, fans, visual artists and journalists in underground extreme metal scenes. Implications for the development of social pedagogical curricula to build criticality and reflexivity in the general public towards issues of discrimination, racism, misogyny and other forms of intolerance are discussed. 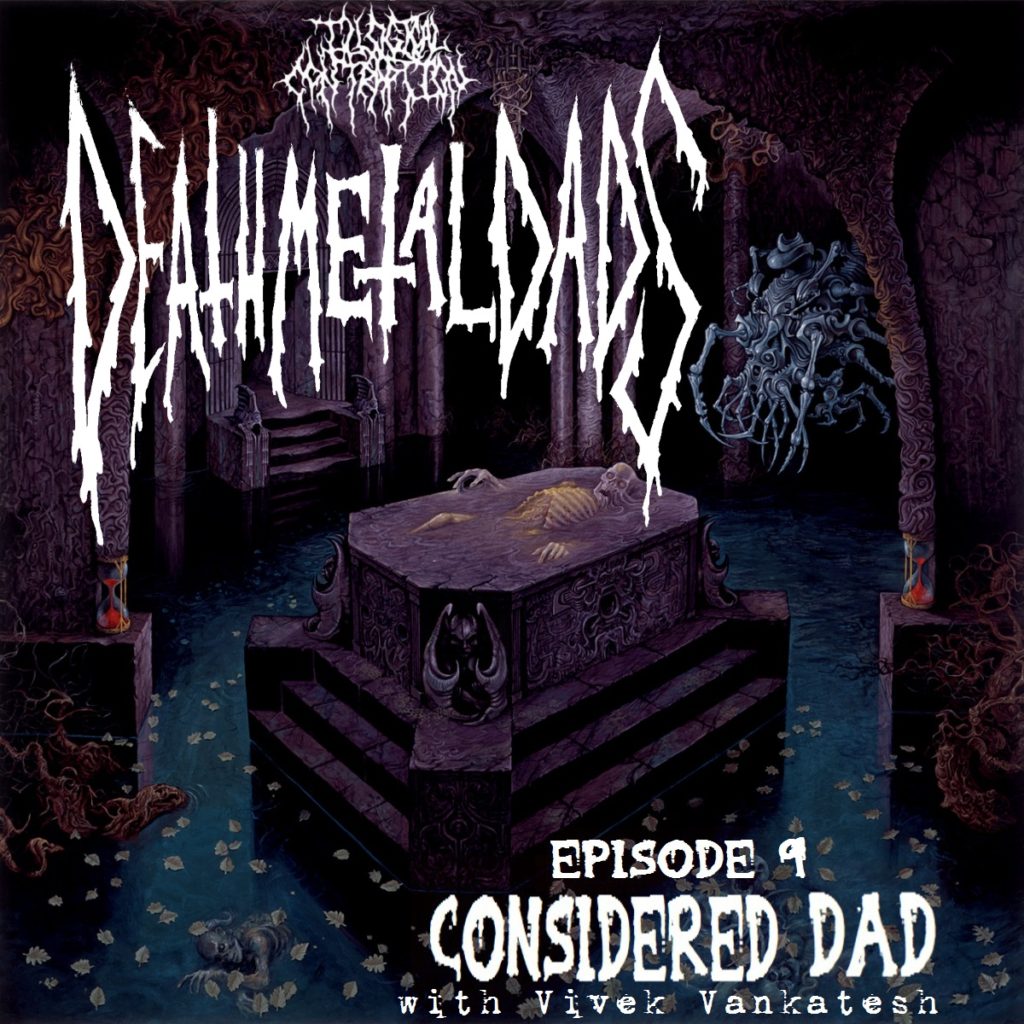 Vivek Venkatesh appears on the Death Metal Dads podcast with host Shelby Lermo of Vastum and guests Pranjal Tiwari of Cardinal Wyrm as well as Daniel Butler of Acephalix and Vastum. Recorded in Montreal during Doomed to Death (2016). Click here to listen.

Sexual Violence and Misogyny in Literary and Lyrical Frameworks: Intersecting the Humanities and Social Sciences in the Context of Niche Music, Film and Visual Art Scenes. January, 2016

Spectacles of hate speech: An exemplary approach to transgressions in black metal (talk)

Excerpt reading from: Exploring the language and spectacle of online hate speech in the black metal scene: Developing theoretical and methodological intersections between the social sciences and the humanities.

The symposium “From my cold dead hand: Cervantes and the public humanities in the twenty-first century” was organized by Brad Nelson and occurred on September 23rd, 2015.

Spectacles of hate speech: An exemplary approach to transgressions in black metal (Q&A)

Communal and Individual Politics in the Extreme Metal Artform

In this lecture, Dr. Vivek Venkatesh provides an overview of the research program he has been working on with his collaborators which illuminate the communal and individual factors that impact a variety of politics in the extreme metal music scene.