Einar Selvik  performed a solo set at Concordia University on February 4, 2018. The performance was followed by a lecture and live interview about Nordic culture and identity. The event was free. Facebook event here. 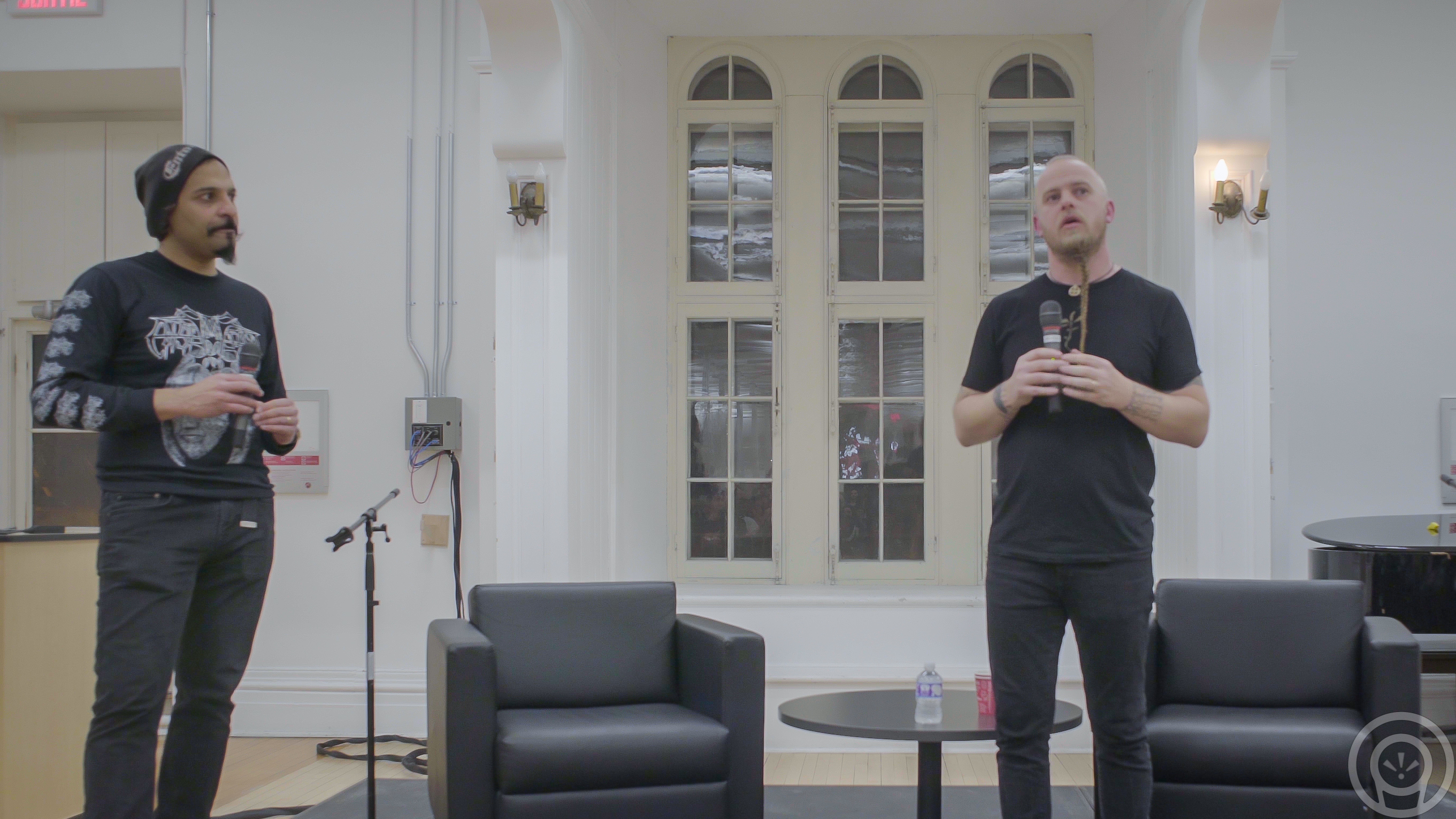 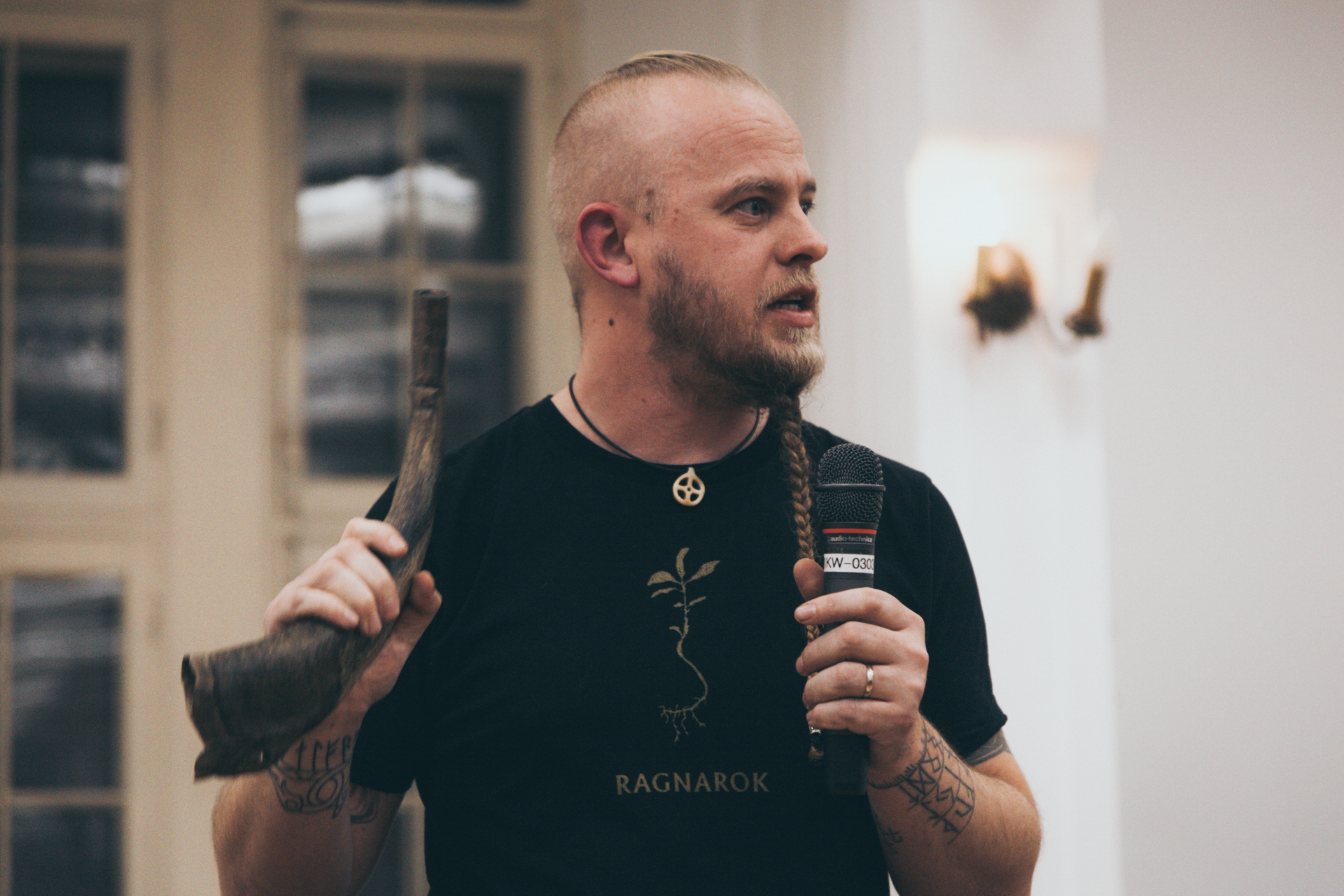 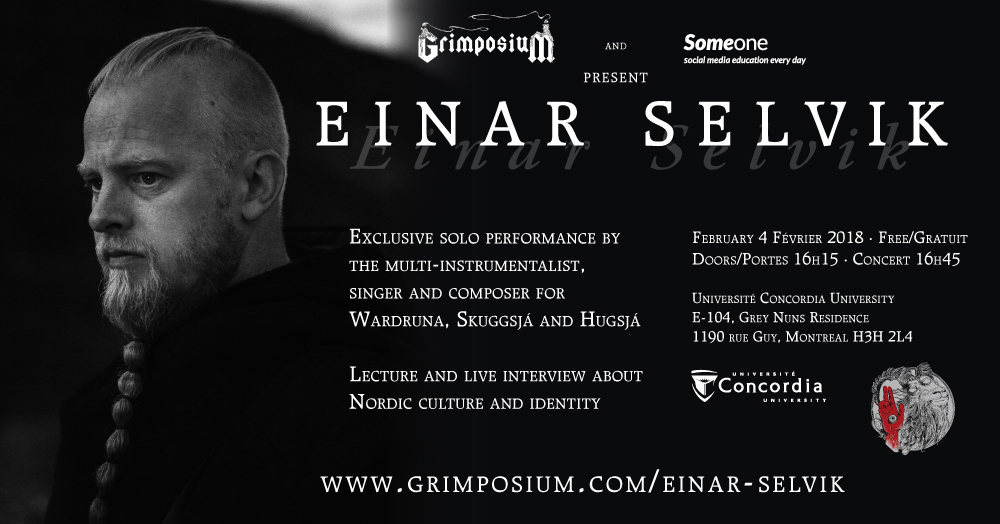 Einar Selvik is a Norwegian composer, main musician and founder of the Norwegian musical constellation Wardruna, a project dedicated to create musical renditions of different Norse cultural and esoteric traditions. By using the oldest Nordic instruments, poetry and poetic metres in a contemporary soundscape, Einar has managed to merge the scholarly with the pop-cultural and given a new voice to old thoughts, tools and techniques, reaching an audience world-wide and beyond limitations of musical genres. Einar has also worked closely with Trevor Morris on the soundtrack for History Channel’s TV-series VIKINGS.

In this session Einar spoke about his approach and study of Norse historical music and the extensive creative concept behind his own creations. He demonstrated a selection of the oldest Nordic instruments in interaction with Old Norse poetry as well as performed fully acoustic Wardruna songs. 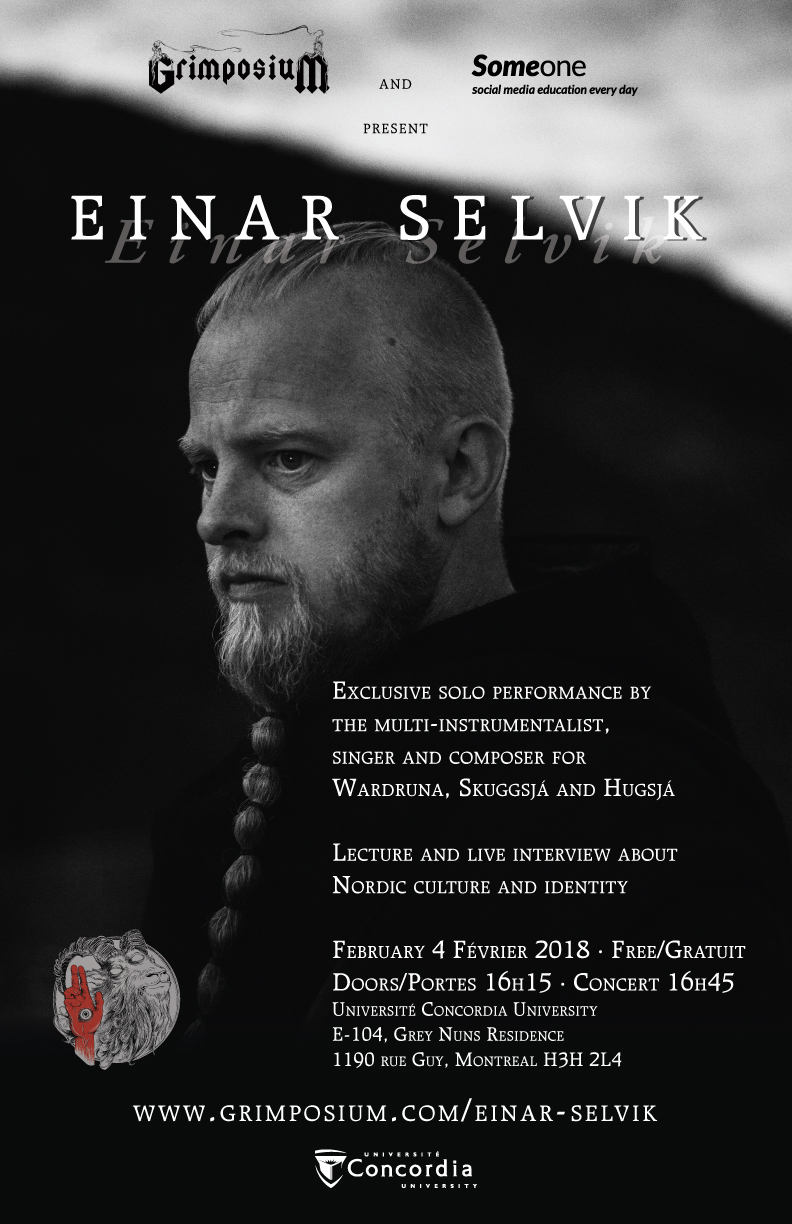